Hello! Merry Christmas and Happy Kwanza to all! I’m going to be doing a 12 Days of Christmas thing again this year, and what better way to start it off than to go over the books gifted to me this year! I’m super excited about all of the books that I received. Half were sequels but the others were stand alones that I’m really excited to dive into. Lets get started!

1 – Gemina by Amie Kaufman and Jay Kristoff
The sequel to Illuminae! I’ve just decided I’m going to be years late finishing the series, and that’s fine. I’m so excited to read this – I remember sleeping at a friends house and staying up until 3am reading the first book in the series because I just couldn’t put it down. I have a couple books that I have to read before this one, but I’m pumped to dive back into the Illuminae universe.

Synopsis: Hanna is the station captain’s pampered daughter; Nik the reluctant member of a notorious crime family. But while the pair are struggling with the realities of life aboard the galaxy’s most boring space station, little do they know that Kady Grant and the Hypatia are headed right toward Heimdall, carrying news of the Kerenza invasion.

When an elite BeiTech strike team invades the station, Hanna and Nik are thrown together to defend their home. But alien predators are picking off the station residents one by one, and a malfunction in the station’s wormhole means the space-time continuum might be ripped in two before dinner. Soon Hanna and Nik aren’t just fighting for their own survival; the fate of everyone on the Hypatia—and possibly the known universe—is in their hands.

But relax. They’ve totally got this. They hope.

2 – Godsgrave by Jay Kristoff
Another Kristoff series that I’m in love with. Mia really won me over in the previous novel, and I found it impossible to put down. Can’t wait to get back to the murder and intrigue that surrounds Mia constantly – I don’t doubt that this will be a quick read!

Synopsis: Assassin Mia Corvere has found her place among the Blades of Our Lady of Blessed Murder, but many in the Red Church ministry think she’s far from earned it. Plying her bloody trade in a backwater of the Republic, she’s no closer to ending Consul Scaeva and Cardinal Duomo, or avenging her familia. And after a deadly confrontation with an old enemy, Mia begins to suspect the motives of the Red Church itself.

When it’s announced that Scaeva and Duomo will be making a rare public appearance at the conclusion of the grand games in Godsgrave, Mia defies the Church and sells herself to a gladiatorial collegium for a chance to finally end them. Upon the sands of the arena, Mia finds new allies, bitter rivals, and more questions about her strange affinity for the shadows. But as conspiracies unfold within the collegium walls, and the body count rises, Mia will be forced to choose between loyalty and revenge, and uncover a secret that could change the very face of her world. 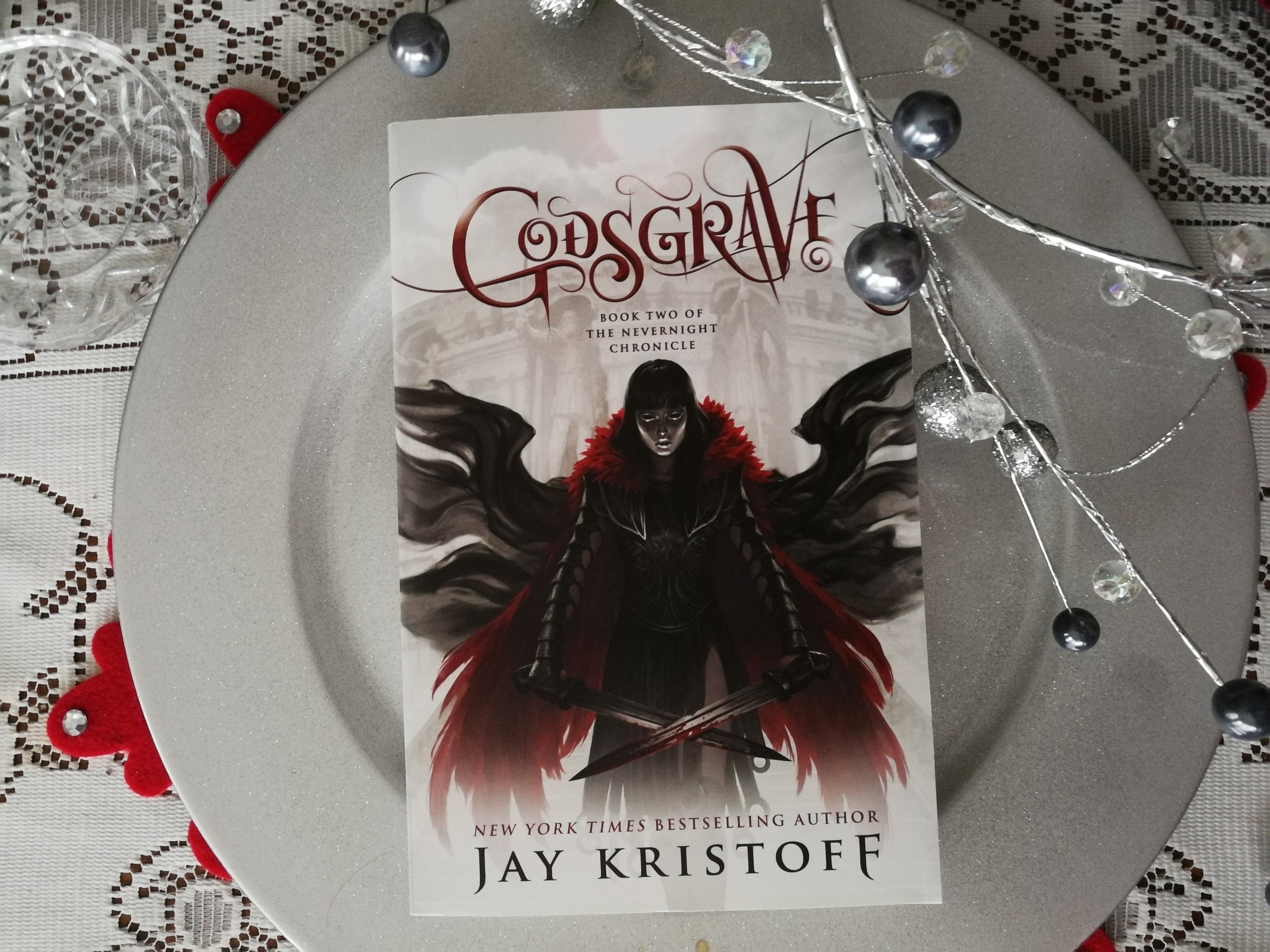 3 – The Immortal Life of Henrietta Lacks by Rebecca Skloot
As some of you may know, I’m a scientist, currently studying physiology. So when I got this book for Christmas I got super excited. Not only is this based on a true story, but I have a feeling that this book will contain some really interesting nuggets of insight, and provide great commentary on healthcare and privilege!

Synopsis: Her name was Henrietta Lacks, but scientists know her as HeLa. She was a poor Southern tobacco farmer who worked the same land as her slave ancestors, yet her cells—taken without her knowledge—became one of the most important tools in medicine. The first “immortal” human cells grown in culture, they are still alive today, though she has been dead for more than sixty years. If you could pile all HeLa cells ever grown onto a scale, they’d weigh more than 50 million metric tons—as much as a hundred Empire State Buildings. HeLa cells were vital for developing the polio vaccine; uncovered secrets of cancer, viruses, and the atom bomb’s effects; helped lead to important advances like in vitro fertilization, cloning, and gene mapping; and have been bought and sold by the billions.

Now Rebecca Skloot takes us on an extraordinary journey, from the “colored” ward of Johns Hopkins Hospital in the 1950s to stark white laboratories with freezers full of HeLa cells; from Henrietta’s small, dying hometown of Clover, Virginia — a land of wooden slave quarters, faith healings, and voodoo — to East Baltimore today, where her children and grandchildren live and struggle with the legacy of her cells.

Henrietta’s family did not learn of her “immortality” until more than twenty years after her death, when scientists investigating HeLa began using her husband and children in research without informed consent. And though the cells had launched a multimillion-dollar industry that sells human biological materials, her family never saw any of the profits. As Rebecca Skloot so brilliantly shows, the story of the Lacks family — past and present — is inextricably connected to the dark history of experimentation on African Americans, the birth of bioethics, and the legal battles over whether we control the stuff we are made of.

Over the decade it took to uncover this story, Rebecca became enmeshed in the lives of the Lacks family—especially Henrietta’s daughter Deborah, who was devastated to learn about her mother’s cells. She was consumed with questions: Had scientists cloned her mother? Did it hurt her when researchers infected her cells with viruses and shot them into space? What happened to her sister, Elsie, who died in a mental institution at the age of fifteen? And if her mother was so important to medicine, why couldn’t her children afford health insurance?

4 – The Casual Vacancy by JK Rowling
Now while I have heard mixed reviews about this one, one of my closest friends swears that this is a great book. And honestly, I loved Harry Potter, so I figure why not give JK another shot (although with her newer decisions I am losing a little bit of faith). As described by my friend, this is an excellent character study, so it’ll be interesting to see how the book and plot unfolds!

Synopsis: When Barry Fairbrother dies in his early forties, the town of Pagford is left in shock.

Pagford is, seemingly, an English idyll, with a cobbled market square and an ancient abbey, but what lies behind the pretty façade is a town at war.

And the empty seat left by Barry on the parish council soon becomes the catalyst for the biggest war the town has yet seen. Who will triumph in an election fraught with passion, duplicity and unexpected revelations?

I also got a book that’s like a how to play guitar for beginners that I’m really excited to start looking at, given how slow my learning has been. These four books, along with some other ones that I’ll be discussing in these upcoming 12 days, are among my TBR for this next month, so keep an eye out for their reviews!

Again, Merry Christmas to everyone, and Happy Kwanza to all those who celebrate!
Talk to you tomorrow ducks!
~ Mon

Here you’ll find photos of books, reviews, lists, and probably a bit of chit chat about Netflix shows and movies. I hope you have a good day full of books and positivity!