I’m sure some of you can agree with me with I saw re-reading books is such a trip! Especially books that you’ve medium reviewed on goodreads, and you go back and see what you wrote and cringe (a lot). That was my experience with the Shatter Me series. Don’t get me wrong, I did ultimately enjoy it, but oh man were the books different from what I remember. So, as a trip down memory lane, lets revisit my old reviews/old book purchases and see how I’ve grown and changed – both is taste and as a reviewer!

Book 1: Shatter Me
Synopsis: Juliette hasn’t touched anyone in exactly 264 days.
The last time she did, it was an accident, but The Reestablishment locked her up for murder. No one knows why Juliette’s touch is fatal. As long as she doesn’t hurt anyone else, no one really cares. The world is too busy crumbling to pieces to pay attention to a 17-year-old girl. The Reestablishment said their way was the only way to fix things, so they threw Juliette in a cell. Now so many people are dead that the survivors are whispering war – and The Reestablishment has changed its mind. Maybe Juliette is more than a tortured soul stuffed into a poisonous body. Maybe she’s exactly what they need right now.
Juliette has to make a choice: Be a weapon. Or be a warrior. 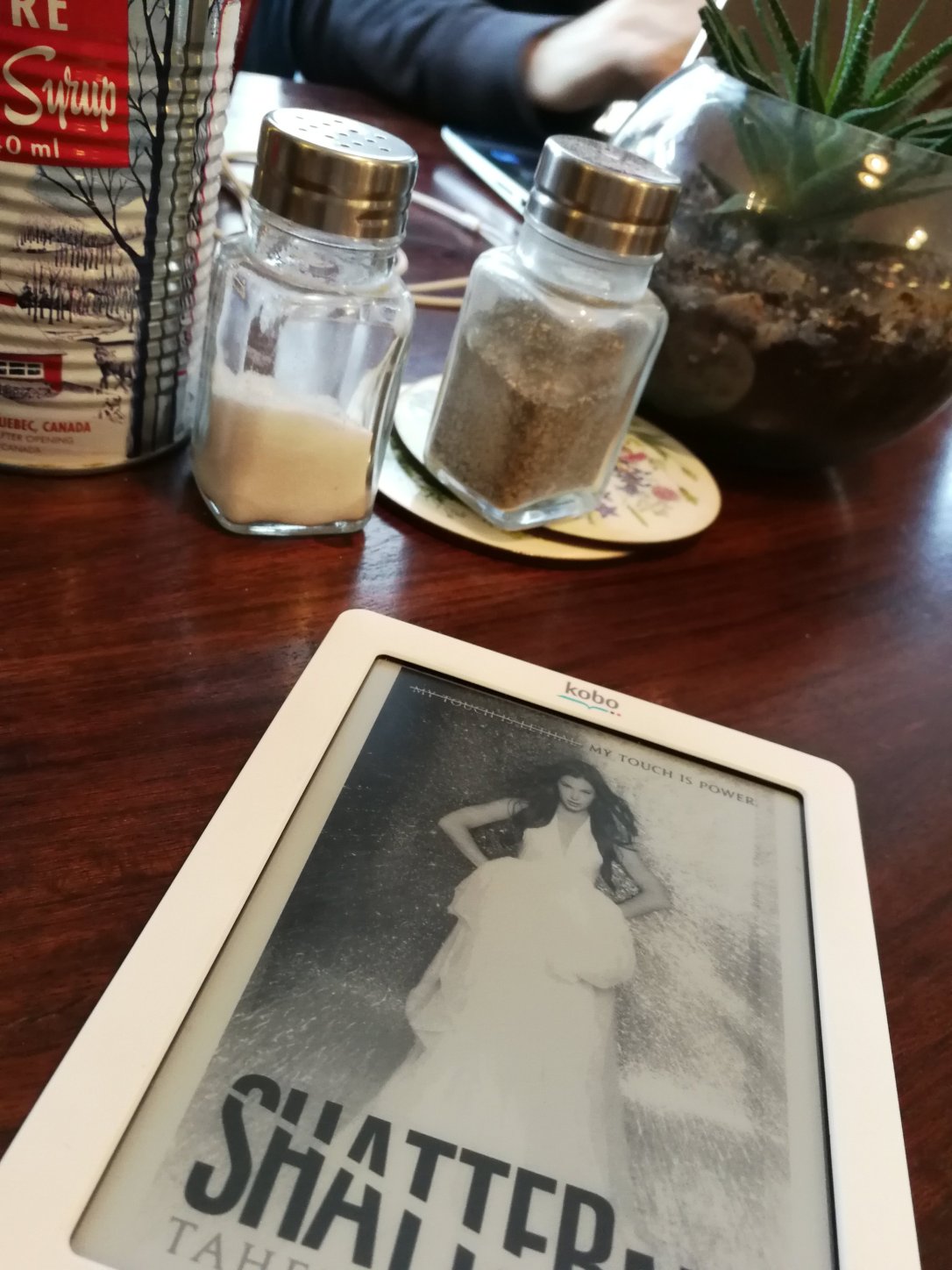 Original Review from 2013: I loved this book! It’s such a cool idea that Juliette can kill someone just by touching them! I loved the characters and suspense, and most of all I loved Warner! See, some of my friend here on goodreads have already read this book, and in their reviews they have expressed a great love of Warner. I was kind of biased going into this book. I’m already reading the sequel and love it! Go Juliette and Kenji and Omega point and all that stuff!!

I also posted this in the middle of reading: I dont know what page I’m on, but I’m over half-way through the book. *stupid e-book edition, goes chapter by chapter*. The thing is, I’m already in love with Warner because of other people and their reviews… ahh, go away adam….

Man… 14 year old me sure was something. Something that really annoyed me during my re-read (and especially after seeing this ‘review’) is that Warner is legitimately horrible in this book. Sure, he’s developed as a character later, but in this book we don’t know about his backstory or his family or anything other than he’s basically torturing Juliette. Also, it’s not a cool idea that Juliette’s touch is deadly – it’s so sad. I think what I meant was that the idea of super power’s is always interesting and fun, and the exploration of how power’s can be deadly is interesting, but no, it’s not fun 14 year old me.

Current review: If I’m being totally honest, this book was not as good as I remembered. I had originally given it a 5/5 on goodreads, but with my re-read I’ve dropped it to 2.5. First off, most of the character’s are not compelling. Juliette hardly has any growth in the book – the only thing that happens is that she discovers that she can touch another human, she escapes from prison, and she joins a rebellion. All of this is initiated by other people mind you. She’s a very passive protagonist and as a reader I find that really frustrating. I love dynamic characters, and at least in this installment of the series Juliette is not that. She lets her arc get dictated by Adam and others around her, and hardly takes any initiative in her own story. The only act that I really think was wholly her own was shooting Warner in the warehouse. That was the only point at which I felt she was taking matters into her own hands.

I also hated the weird love triangle that somehow came into existence between her, Adam and Warner. Like I said above, Warner should not be a current love interest – his obsession with her is creepy and he’s genuinely not a good guy in this book. Even later when his character is expanded, it feels very late almost, like it was a last minute decision to change his storyline. Adam on the other hand, is so boring. Yes, we know you love Juliette. You’ve loved her since grade 8 or something. But you literally don’t even know her. They canonically had never spoken before they were in prison together. How messed up is that? Falling in love with an idea is never a good move. Furthermore, he was really controlling of her and I really disliked that. He did everything for her, and treated her like a fragile plate rather than helping her overcome the trauma of being held in solitary for almost a year. Neither of these relationships are healthy in the slightest and I’m sad that younger me thought that they were okay. Also, it’s kinda messed up that Juliette is the only girl in most of this book…

The plot is almost non-existent in this book. Yes, they leave the Establishment and go to Omega point. But tell me – what else happens? Hardly Anything! It’s so boring to just hear her talk with Warner, talk with Adam, talk about her love for Adam. The amount of monologue this girl has is ridiculous. The best part for me is when Kenji comes in (thank god younger me recognized the angel that he is!). It’s only then that things start happening.

It might sound like I didn’t like this book. I think that for a lot of it, it’s true. But I did really like when Juliette appears to start taking agency of her future at then end. I liked when she seemed to be really dedicated to the rebellion. Kenji was fully the best character of the novel, and I forgot how much I adored him. The end really built up to the next book, and despite all my frustrations I was hooked – I started the next book immediately. So 2.5 stars seems accurate for a book that somehow managed to keep my attention despite my annoyance with most of it’s aspects.

Stay tuned for my re-review of Unravel Me! Later loves!
– Mon

Here you’ll find photos of books, reviews, lists, and probably a bit of chit chat about Netflix shows and movies. I hope you have a good day full of books and positivity!